skip to main | skip to sidebar

The Law of Creation 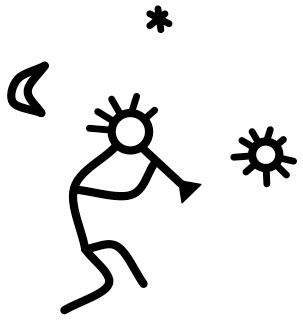 We are made of spirit, energy and matter, spawned from the Primordial Singularity. We are singularities, responsible for our own creation.

Co-Creation
We are not self contained creators however. We do not create our reality in a vacuum. The source of our spirit-energy is not us, but around us. The initial gift of life, the primordial spirit-energy, comes from the Creator. We all share this common gift, however, we also rely on energy co-created by others for sustenance. We evolve through co-creation, which happens when we acknowledge the link our spirit-energy has with that of the Creator and Co-Creators and truly surrender to the creation process.

Co-Dependency
Sprit-energy is organized into inter-linked singularities with a diverse set of motivations to create. These spiritual motivations range from passive, cooperative to power seeking.

Self serving, power seeking sprits exploit the willingness of passive spirits to steal their spirit-energy in order to expand their influence upon the co-creation process. This aspect of creation law, insures that inactive co-creators are subsumed by active ones in a co-dependent cycle of creation and re-creation.

Such co-dependent spirit-energy relationships create an unbalance in the universe. Just as the Creator, as a sole singularity was compelled to spawn the creation, exploding into an expanding creation of many, any attempt by creative elements to merge into one singularity will also eventually result in destruction and re-distribution of energy. This satisfies the law of creation as it results in the process of re-creation. All that have merged into the singularity are destroyed, returned to an elemental state and scattered across time-space to form new organized pockets of creation. This cycle occurs again and again as spirit-energy power continues to revolve around an unsustainable, unbalanced cycle of dependency. This is the law of creation and re-creation.

Inter-Dependency
Spiritual Sovereignty is the sustainable process of co-creation. To remain sustainable, it requires balance. This balance requires that spirit-energy singularities continue to create, at the same time respecting an nurturing the creation of other singularities. No singularity can exist without creating. Likewise, no singularity that swallows up others to amass power and creation autonomy, can be sustained without eventual destruction. Most importantly, no singularity can be sustained without depending on spirit-energy from outside itself.

Sustainability
We as spirit-energy beings are linked and live by the laws of creation. At one end of the spectrum, we must create or be swallowed up by other creation forces. The law of creation insures this. At the other end of the spectrum, when we fail to maintain balance through co-creation, and choose to swallow up and control others, our creation will ultimately be destroyed to release creative energies to reorganize into sustainable sprit-energy. These aspects of creation and sustainability exist on all levels of existence.

When spiritual guidance devolves into a co-dependent relationship, it creates an imbalance in creation. Sustainable spirituality requires two things:

1. Co-Creators surrender to their natural requirement to create
2. Co-Creators seek sustainable relationships with the Creator and its co-creators.

At the universal level, balance is always maintained. At the human level however, tragic consequences occur when an individual relinquishes their responsibility to create and surrenders their essence to other creation forces. The tragedy grows exponentially, when others choose to exploit passive spirits to create a power base to fuel their own personal creation. There is no sustainable version of such co-dependencies. There is no benign version of co-dependent master/disciple relationships that doesn't ultimately result in the destruction of both the master and disciple. Demanding that the masses surrender to a singular human being, creates an unsustainable spirit-energy creation. We can see this law of creation playing itself out with our world economic banking system where so many surrendered the responsibility of wealth creation to a few, and the few created unsustainable banking structures. The natural result is total destruction and redistribution of wealth.

True surrender comes when co-creators surrender to the process of co-creation. The concept of surrender is perverted by those who insist that we surrender our god given ability to create to another in exchange for salvation, security, or the common good. This, by any other name is slavery. It always results in its own destruction in order to renew the creation process.

Before our eyes we can see spiritual, religious, political, and economic structures created and destroyed just as we see co-dependent relationships in our individual lives result in destruction. It is the duty of all sentient human beings to surrender to the creation process. In doing so we must be responsible for our own creation, and sustain it by respecting the boundaries of of other co-creators and fostering sustainable inter-dependencies. Spirituality is supposed to be the process of learning these interdependencies, yet so often, spiritual and religious organizations are created that demand the total surrender of individual creative energy. We must first address our spiritual sickness and co-dependencies within ourselves before we can ever expect the world around us to evolve into a more sustainable environment.
Posted by Michael at 12:08 PM No comments: